Kids’ Chance of Florida, Inc. has announced it will hold a fundraising golf tournament as part of the 2022 Workers’ Compensation Educational Conference and the Annual Safety and Health Conference in Orlando in August. The conference is organized and managed by the Workers’ Compensation Institute (WCI). The tournament will be held Sunday, August 21, 2022, at the Orlando World Marriott Hawk’s Landing Golf Club. 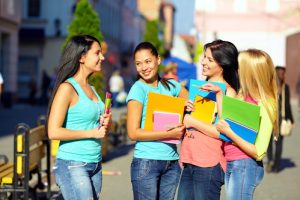 Robert Clyatt, a workers’ compensation attorney from Valdosta, Georgia, founded the first Kids’ Chance organization in 1988. Through his work, he had witnessed the life-shattering impact that a serious workplace injury had on the children of seriously or fatally injured workers, who were now faced with the difficulty of having to fund their own education.With the assistance of the Workers’ Compensation Section of the Georgia Bar, Bob Clyatt incorporated Kids’ Chance of Georgia and began raising money to fund educational scholarships for the children of injured Georgia workers, so that they could pursue their educational goals.Kids’ Chance of Georgia began reaching out to other states and encouraged and assisted them in establishing their own Kids’ Chance organizations. Thanks to their efforts, states have organized Kids’ Chance programs that are actively providing need-based scholarships to the families of seriously injured workers, and new Kids’ Chance organizations are being formed each year.

In 2002, the first Kids’ Chance conference was held in St. Louis, Missouri, and attending Kids’ Chance organizations agreed to meet annually with the goal of forming a national Kids’ Chance association.

Subsequent annual meetings were hosted by different state organizations, resulting in the formal incorporation of Kids’ Chance of America, Inc. in 2007. That same year, we began operating as a 501(c)(3) organization with the mission of creating, assisting and supporting all Kids’ Chance organizations and other similar programs that provide educational opportunities and scholarships for the children of workers seriously injured or killed on the job.

Since our early beginnings in 1988, Kids’ Chance has grown and evolved, and we have become a diverse group of employers, insurers, labor, state government, medical care providers, and both plaintiff and defense attorneys, who are working together to make a difference in the lives of all children affected by a workplace injury by helping them achieve their educational dreams.

Kids’ Chance of Florida was incorporated on December 1, 2015. It’s Founding Board represented a dynamic cross section of professionals and interested parties. KCFL has enjoyed adding to the success of the Kids’ Chance chapters across the country. Cumulatively, since their inception in 1988, Kids’ Chance organizations have awarded 5,479 scholarships totaling almost 14 million dollars. In 2015, scholarship applications increased significantly but we know there are more students in need of assistance.

Kids’ Chance of Florida is a nonprofit 501(c)(3)tax-exempt organization founded in 2015 by professionals who have an affiliation with workers compensation in our state. Kids’ Chance of Florida is governed by an all-volunteer board, and raises funds for scholarships through donations from individuals, corporations, foundations, the United Way, and other organizations active in workers compensation matters. Since its founding in 2015, Kids' Chance of Florida has awarded 48 scholarship totaling $207,000 and has a current graduation rate of 100%. Kids’ Chance believes that we can make a significant difference in the lives of all children affected by a workplace injury by helping them pursue and achieve their educational goals. In 2021, over $37,000 were awarded to 8 individual scholarships. The average scholarship was $4,700 per student.